Saying you have anxiety issues seems to be the latest “thing” to do. I’ve seen folks using it as an excuse for poor behavior or rudeness. I’ve seen the same folks claim other trending issues. (I wanted to say illnesses here but that doesn’t feel right to me.)  You know what I’m talking about right? People who hear all about Celiac disease and then claim they’re allergic to gluten. Folks like that. So I’m hesitant to commiserate with someone when they just easily claim to have anxiety. It makes me distrustful. 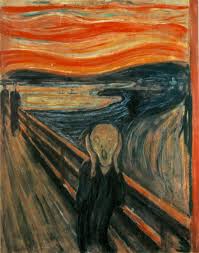 I totally get this guy. Sometimes I just want to scream. In an oddly colored world on a bridge to nowhere.

It’s taken me a long time to admit that it isn’t simply that I’m introverted. Or that I’m shy. Or that I’m not a people person. Reading the blogs of folks like Jenny Lawson and Jen over at Epbot have helped me more than anything else. They’re both so open and honest about their struggles and their search for some normalcy and control. Everytime I read one of their posts I see myself and my own struggles. Shoot y’all, writing this is giving me anxiety. I’ve walked away from it twice now and I haven’t hardly said anything. Anxiety sucks. You’re held prisoner by your brain. It is frustrating and humiliating and a thousand other things. 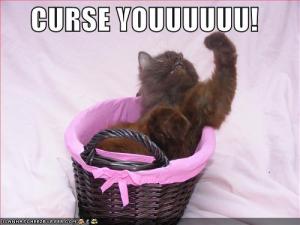 Did any of you watch the TV show Monk? It was on USA and the lead character was a brilliant man who was constantly waging war against his own anxiety disorder. His OCD made him a genius at solving crimes because he noticed details no one else caught. But it also made it hard for him to leave the house or even walk down the street. It’s a great show and you should totally Netflix it if you haven’t seen it.

Anyway. What was my point? Oh yeah! I totally related to that show. I’m nowhere near as bad as that fictional character. I can usually talk myself into doing things even when my brain is screaming “Run! Go home! Hide!” and my heart is pounding in my chest like a drum. But I got him. Because he showed how much it wears on you. And let me tell you, it is exhausting.

To make a phone call I have to mentally go through all possible directions the conversation might take. I have to have anything that I might need placed nearby – credit card, insurance card, scratch pad and pen, etc. I have to look up the phone number and confirm it is correct. If I’m calling a business I have to convince myself that there is no possible way to do what I need to do online or via email. Once I make the call, I’m fine. I can joke with the person I’m calling. I can totally relax and enjoy the conversation. But getting to the point of making the call can sometimes take more than a day. (Side note: When I did a Google search for a graphic to go after this paragraph I got pictures of Colin Farrell. Not sure how he and phone anxiety go together. Google is possibly drunk. But it’s Friday so I’ll let it pass.)

If I’m going to an event I have to have a defined role to play to be comfortable. Photographer, helper, cake server, whatever – I need a job. If I don’t have one well then I’ll need someone to tell me all the details – time, place, who will be there, what I should wear, if I should come early, where I should park, what route I should take to get there. I’m typically a wreck before any event; just last weekend a dear friend’s baby shower had me so worked up that I almost didn’t go. 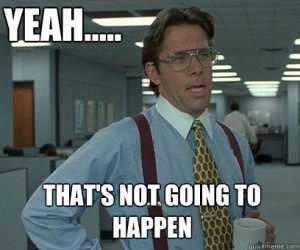 Public speaking is my own personal hell. I took a speech class in college – because I was required to – and almost landed in the hospital. I got so worked up that for the entire class (which was short, thank you Jesus, because it was an intersession class) I was physically ill before the class and for a good hour or two afterwards. To this day I can only really remember sitting in the parking lot having a panic attack before one of my speeches. My brain was on panic mode through the whole class so it is mostly a black hole in my memory.

Essentially, if it requires interacting with other humans and I don’t know all the variables involved I’m a goner. My brain will starting thinking of everything that could go wrong, all the countless ways I could embarrass myself, and all the ways that I might end up the center of attention.

But I’m fighting. Finally. Owning up to the things I’ve hidden for years is my first step. Next I’m going to try some dietary changes and natural supplements to see if I can get things more controlled. If they don’t work I’ll head to the doctor for some pharmaceutical assistance. Maybe even to a therapist as well.