I am single. I’m single by choice which is something that seems to shock people. When I tell them that I never intend to marry or have children they tend to wig out a bit.

What!? You CHOOSE to be single!?

I have never actively sought out relationships. When other little girls were planning dream weddings and making lists of the names of the future children I was making up stories, sneaking off to read books alone, or stealing my mom’s camera to go pretend to be a wildlife photographer. The idea of marriage and children just never really entered into my thinking. I’m not Charlotte from Sex and the City. 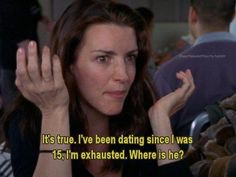 When I do date someone for a brief time people in my world act so relieved. As if I was finally acting like a normal woman by spending time with a some guy. I have always been a troublesome puzzle for my family and friends. 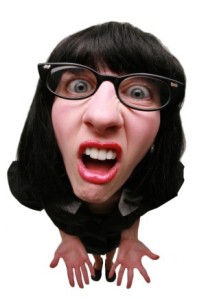 This is how most of my family looks at me.

As time has passed, the majority of my people have accepted my choice. Some folks I have had to sit down with and explain my reasoning. Not only have I never really felt a driving need to pick one person and spend my life with them but I have also never wanted to drag someone into the world of Rheumatoid Arthritis. It is something I would never wish on my worst enemy. I have had enough guys bug out the minute RA starts to get real so I don’t really trust that someone would see all of the hell that this illness puts me through and say, “Yes, I’d like a lifetime of watching someone go through that.” A part of me does hope to be proven wrong, but realistically I don’t expect it to happen. But I’m not going to go into all that RA is a nightmare stuff. 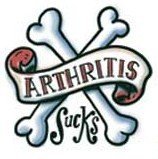 Why yes, yes it does.

In reality, the place where my choice to stay single has been the most isolating has been church. I recently read an article that said “Singles’ ministries often focused not on living as a single person, but trying to escape singleness as quickly as possible, offering mixers and retreats where single people could meet, court, and get married, and so leave their wretched state behind.” (Click here for the whole article.) Wretched state. Those words really hit home for me. That attitude toward singleness kept me away from most churches for many years. (There were other reasons too, but that was a big one.) I’m thankful that the church I am part of now doesn’t think like that. But I am still a bit of an outsider there. It is a small church and the fact is, I’m in the minority. Most people in my age group want marriage and children. Because of that I have a hard time relating to the majority of the church members in my age group. I still love my church and don’t intend to leave it, but it is lonely being on the outside of things. It is hard to connect to my age group because we have chosen wildly different paths. 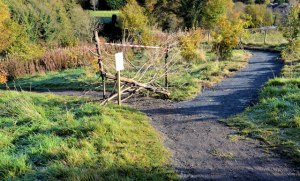 I’m gonna pick the one that screams “Do No Enter.” It looks like an adventure.

Even though being single puts me on the outside of things on occasion, I wouldn’t trade it. I don’t regret my choice. I have freedom that my married friends and family long for. I can spend my money on what I want. I can pack up and go if the mood strikes me. Being single has made me stronger I think. I can cook and clean and be domestic. I can mow grass and fix fence and build a dog house. I can go to a movie on my own, eat in a restaurant by my own self. 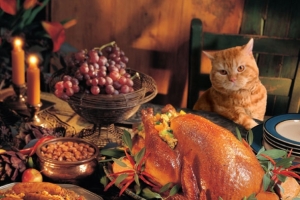 I am this cat. All the food is mine. Bahahaha!

Over the past few years, being single has had another added benefit. It has allowed me to dedicate all of my attention to two very important things – my writing and my relationship with God. Through my writing I try to share my faith. And through my faith I grow as a person and become (hopefully) a better child of God. 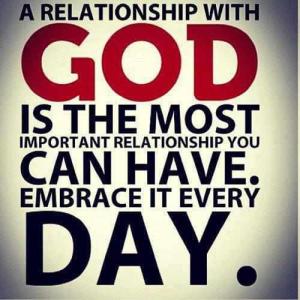 I’ll close this with a bit of advice. If you’re single, don’t let anyone make you feel bad or wrong. The Bible often speaks about the goodness of a single life. It can allow one to totally focus on a relationship with God. Just remember that nothing is perfect. If you’re sitting there, watching married folks, thinking their lives are perfect, remember that odds are, they’re thinking the same thing about your single life. In reality, life is hard no matter how you walk through this world. Alone or married, you will still struggle. You will also still soar. Focus on enjoying this life. Focus on the beauty of this world. The way I see it, if God has marriage in His plans for me, then one day it will happen. For now, I’m just trying to be quiet and listen to Him and follow where He leads me.

Yup. You ARE awesome.